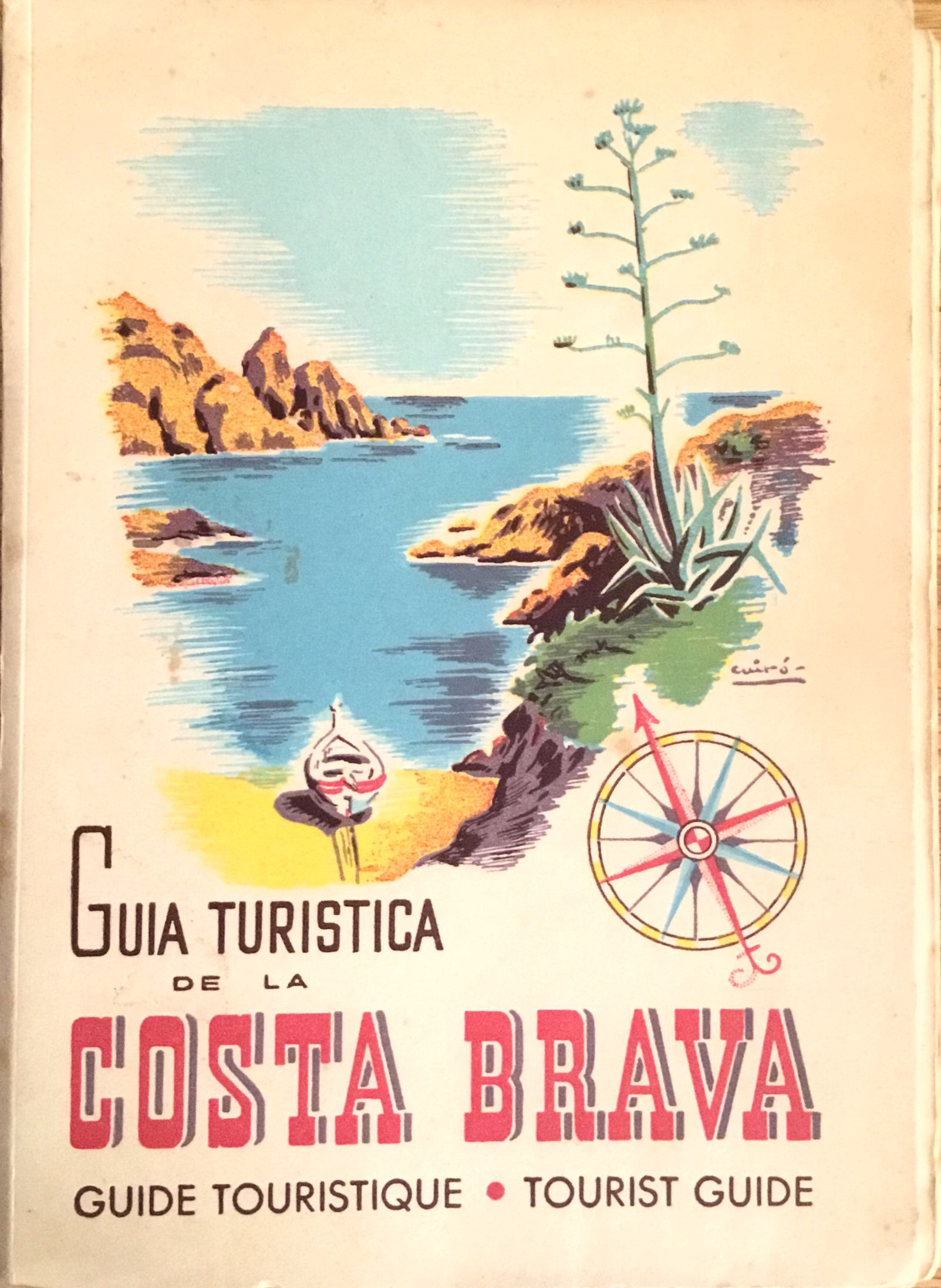 At a time when the autocratic style is rising, certain texts and publications take on new cautionary meaning. The following description of the Costa Brava appeared in a tourist guidebook published in Gerona. The year was 1951, twelve years after the Franco regime and the Falange had crushed Catalan republican power and outlawed the Catalan language. The goal of the Falange was to erase Catalan culture, society, and economy. Resistance by political means was unthinkable, which meant that subversion had to be canny. The authors of this guidebook bravely insinuated their own take on the “international propaganda” of renaming the region called the Costa by the locals. The new name, Costa Brava, would, its authors demanded, draw tourists like flies to un-savored honey. Catalans, however, felt invaded, duped, and responded as best they could.

I have transcribed the text exactly as it appears, mis-spellings, faulty punctuation, and all.

Beyond the frontiers is nowdays well-known the name of Costa Brava and all the tourists coming from the far est countries in the world acknowledge this shore to which Nature gave so many privileges that they would be hardly found in any other landscape in the world.

The causes of its success cosmopolite and absolute must be seeked in its strange harmony that awaken all the feelings of the visitor and is reflected in the variety secular of the sea-by villages, likely and quite different one from another.

The Costa Brava in spite of being a small piece of shore — about 60 miles — is a single world, where geography has taken the greatest share in getting its charming A single world because there lays a light and millenary youth which tourism did find up and that offers a rich scale of neat emotions, in all its own characteristics, too fond of their countryside to allow anyone to get it changed.