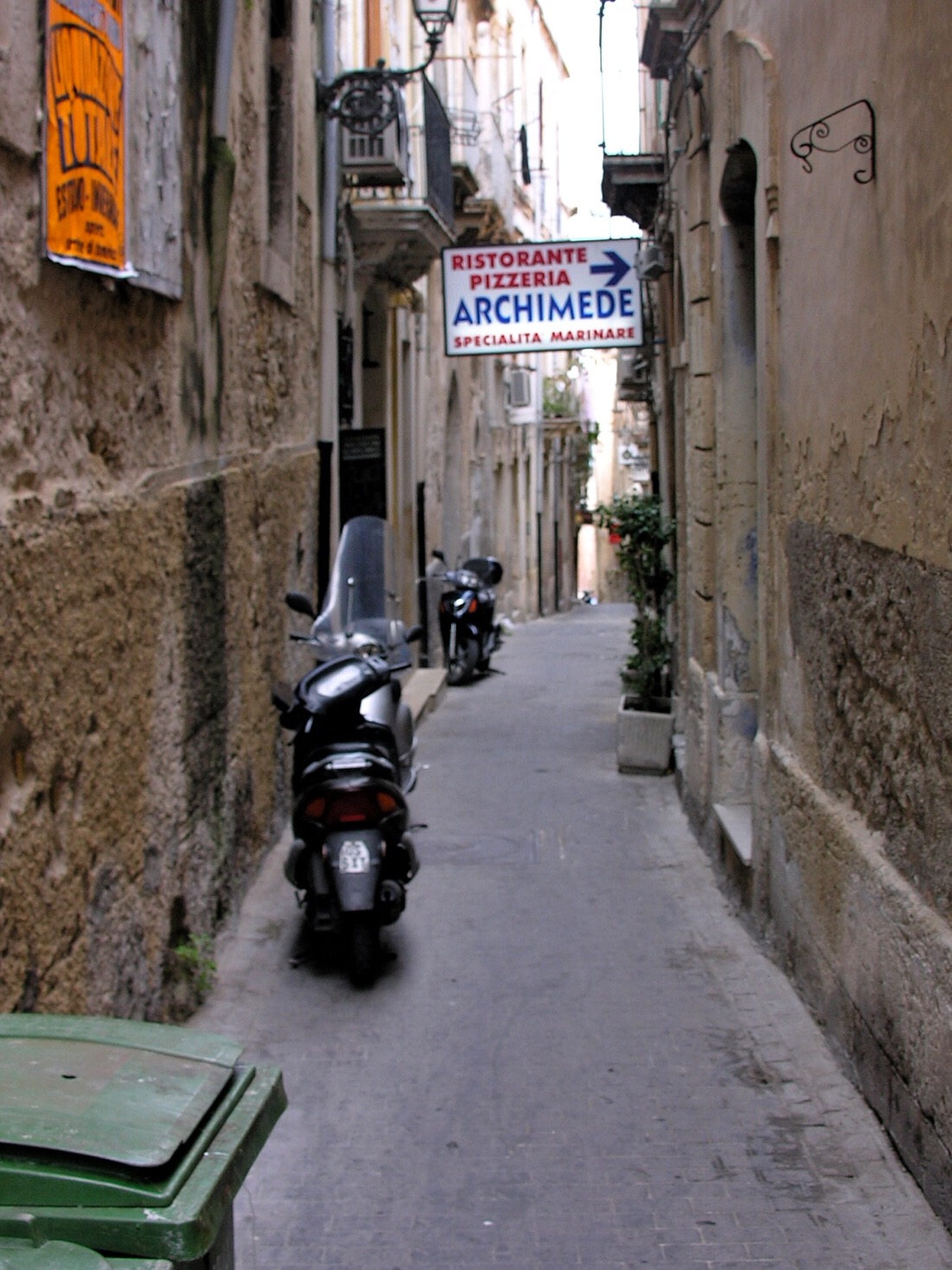 Once, in Syracusa by the sea, we searched all morning long

for the birthplace of Archimedes, but found

open only at night, late. So, disappointed,

we gave up and decided to have lunch

at the Luna Rossa on the quay near the ducks

where we watched a storm rise up from the sea.

A couple sat at the table next to ours

their outfits and behavior spoke of the days

of Pirandello, a couple of characters who

had found their roles of a lifetime.

She was the brassy bohemian, nails blood

He was lanky as a skeleton, dark blonde and

wrapped in a fringed scarf patterned with

said this is not our first time to be

free of the road, quiet and here. They smoked

a blue-green liquor from egg shells of crystal.

Under the folds of her eyes she died.