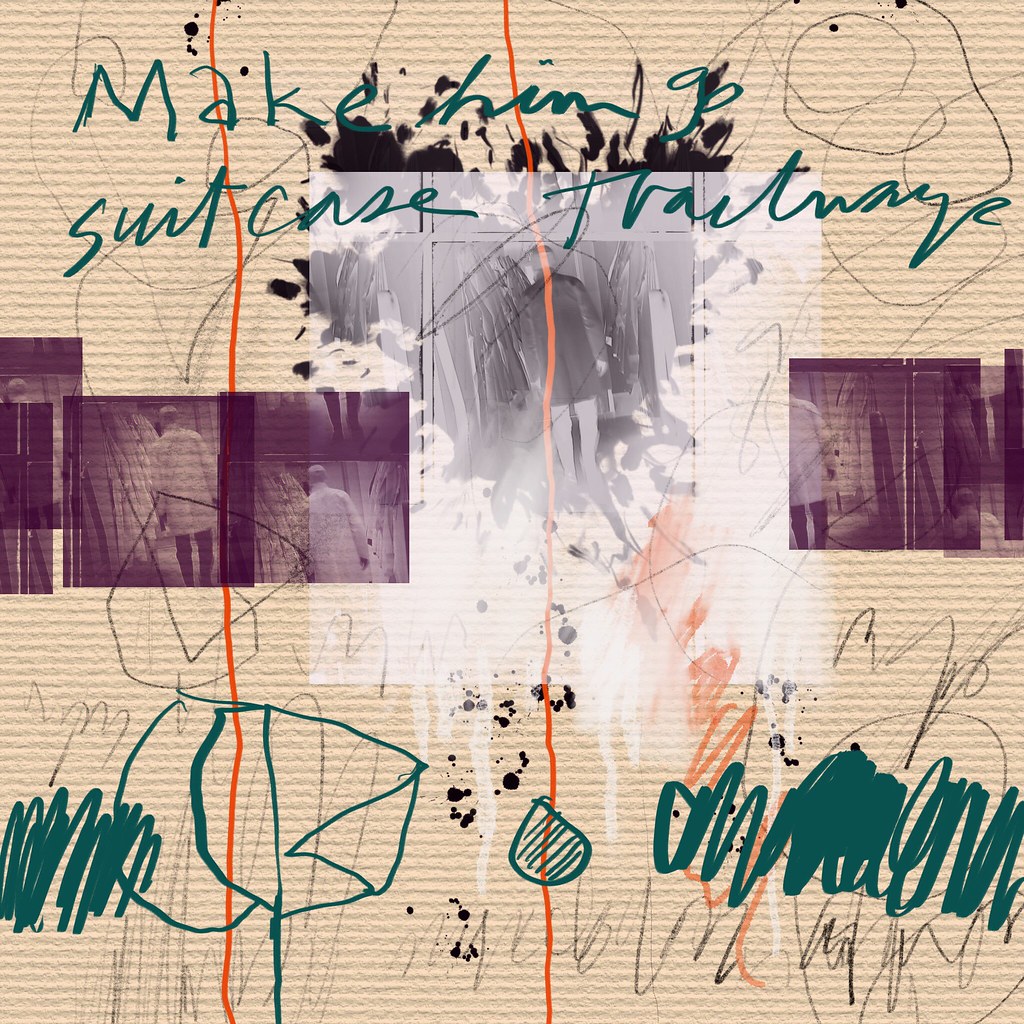 Police have released more grimed-up pictures,
(so, so routine when cash is involved)
and this typed-up report:

Lonely white man robbed a bank just west the casino.
White golf cap. Roy Orbison sun glasses.
White guayabera shirt two sizes too large.
Green striped pants like a clown would wear.
No socks. Ratty loafers. Smelled of Old Spice
and urine. Some type of mark on his
face, crusty and violet. In his 60s, maybe 70s.
No weapon or threat. Roadmap in his pocket.
Stuck out a black folder and a note. Polite, needy
smile the whole time.
Give money.

The loner-man, he walked away, left People’s on foot.
He walked off toward the north.
We stay busy following up on all tips received.
Call the Coast Crime Stoppers.

Released Tuesday on tips, St. Christopher chasing
after him, the loneman ran west, engaged in
assisting waywards like his own self.

We suspect anybody asking about the informant, a golfer,
of overanxiousness, rampant or incipient, don’t matter.

That Lonester.
That White Golf Cap.
Them Roy Orbison Shades.
That White Guayabera Shirt.
Them Green Striped Clown Pants.
Them Ratty Loafers.
That Odor of Lonely Old Man.
That Melanoma.
That Roadmap.
That Black Folder.
That Note.
That Pleading Smile.

We rushed outside and saw the whole thing
when St. Christopher did the lonester in.