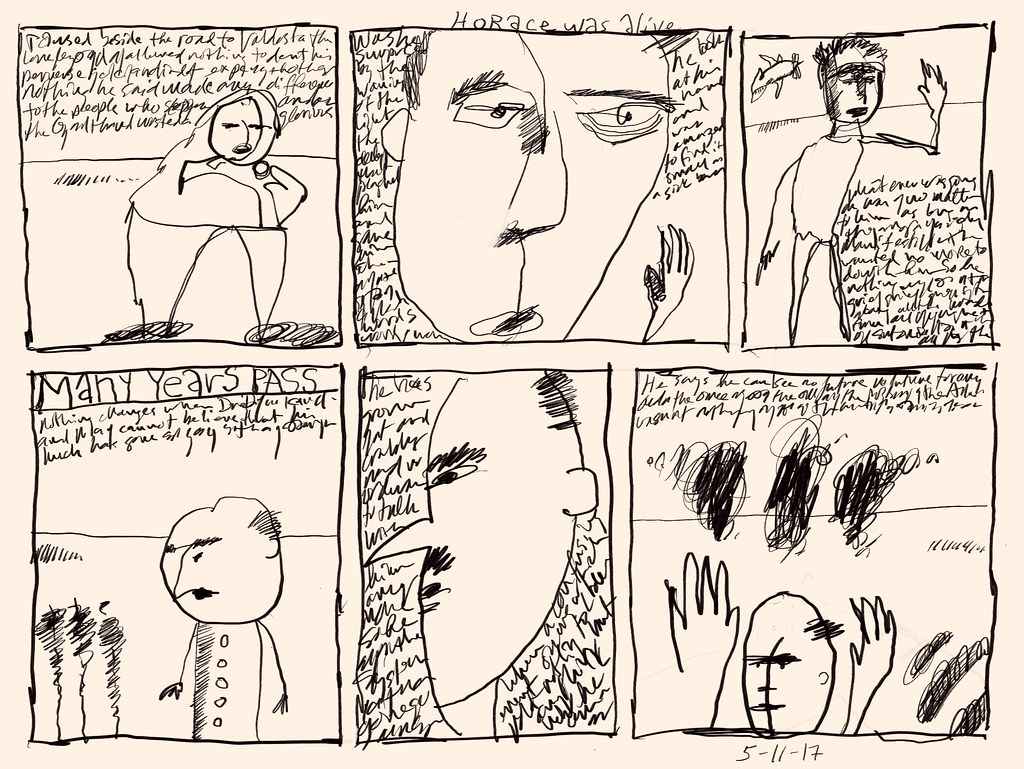 Horace paused beside the road to Valdosta and watched a lone crow faltering and wondered what was allowed. No feeding crows, surely. Yet nothing would dent his powers of affection. He spoke but nothing he said made any difference to the crow or to the people who stopped and offered him a ride. Only the thought wasted and glorious.

Was he surprised by the waning of the light, the settling down, the plunging? The truth plagued him, refused him a thousand more words. He looked at his hand and was amazed to find it small as a sick bird.

Whatever was going on was no matter to him as long as the mass of his body manifested itself. He wanted no more to do with birds. But grief? He felt grief quite strongly and all the words from all the offerings he sent once it was no longer the plague.

Many years pass. Nothing changes. He meets Dreyfuss and and Niles and cannot believe his luck has gone so gay south of Valdosta.

He has grown fat and crabby and unable to talk with him any more so he shambles faster. He is gone when a confusing event on the other side of Valdosta awakens him to the truth of why he gets old and fat.

He says he can see no future. No future for any, nor even one of the prostrate dancers on the highway to Valdosta, the crows, the serious men posing. All he sees is nothing, year after year, year after year. Then he gives in.