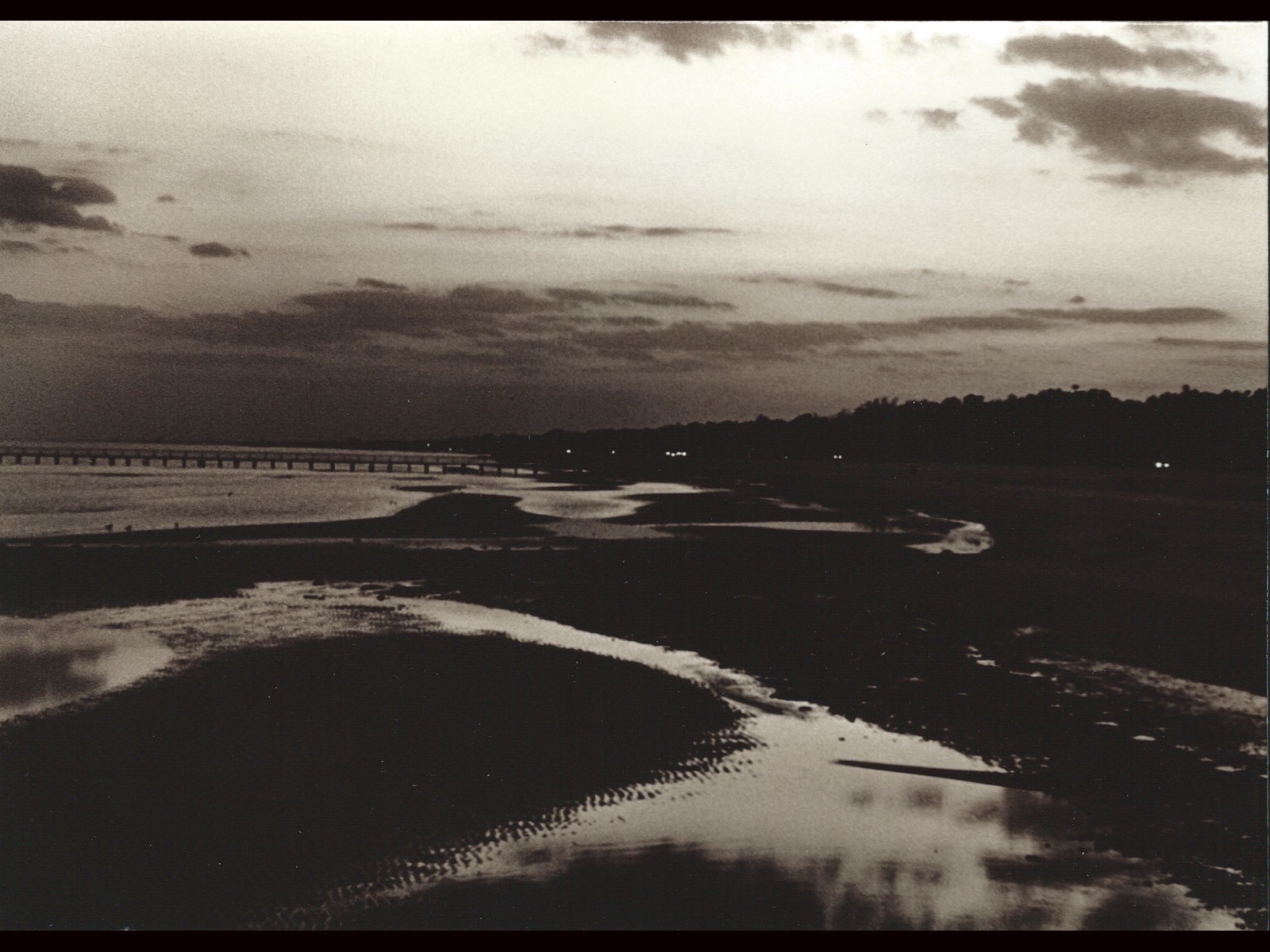 Hardly a screech was there when
Out walked our naked mother instinct
Her river barges leaking petroleum
She casting nets for contingencies.

Yet we shoved our skiff toward melted sky
The moon’s reflection like foil strips
Yeah, it wasted romance at the waterline
Barges chugging on to Apalachicola

Or what wasn’t there like shoes wet
Souls creased & him lifting sewerage
Set out, so to say, in purified offerings
Yes, the air flowed out & off & hung to.

After dinner—which wasn’t so bad, even with the mozzarella cheese melted on the broiled snapper, which was easily lifted off and set aside—Ana and I walked across the highway and sat on the sea wall for a while. The traffic was so noisy, we took off our shoes and crossed the beach to the damp sand at the waterline. Out on the Sound, a line of barges being shoved by a chugging boat crossed in front of us, making its way toward Mobile. The moon had risen and hung half-full, casting a long reflection on the placid Gulf water. The still, humid air was scented with a mixture of sewerage and petroleum distillates. Hardly romantic but we were not there for romance. The evening’s events had awakened our instinct for survival, so it was time to assess contingencies.

Yeah, that’s into what we liked
Our Frisco friend’s been oh so vocal
Always Ana scraped her violin airs
That she abruptly logged online.