On the way to the Festival site at Freedom Village, Washington County, Mississippi. Photograph by DC Young.

In September 1981 we drove north from our home in Jackson, taking Highway 49 to Greenville for the Mississippi Delta Blues Festival which was held in a former cotton field on a site called Freedom Village, a project of Delta community organizers determined to address the region’s endemic poverty and racial discrimination. I was a native of these parts, but my partner, the photographer, was a newcomer unfamiliar with the paradoxes and ingrained social complexities and multi-layered mentality that made the region’s music, born in the juke joints and house parties of the black workers, the force that transformed world music. From the fusion of Delta blues and New Orleans rhythms was born rock-n-roll and R & B, and this festival was devoted to celebrating the roots.

This is the beginning of a series of photos and brief texts on the events of that day and some of the ripples that went out into the world from Freedom Village. We were honored to be a part of it. We hope you enjoy the ride as much as we did—and still do through these images and memories. 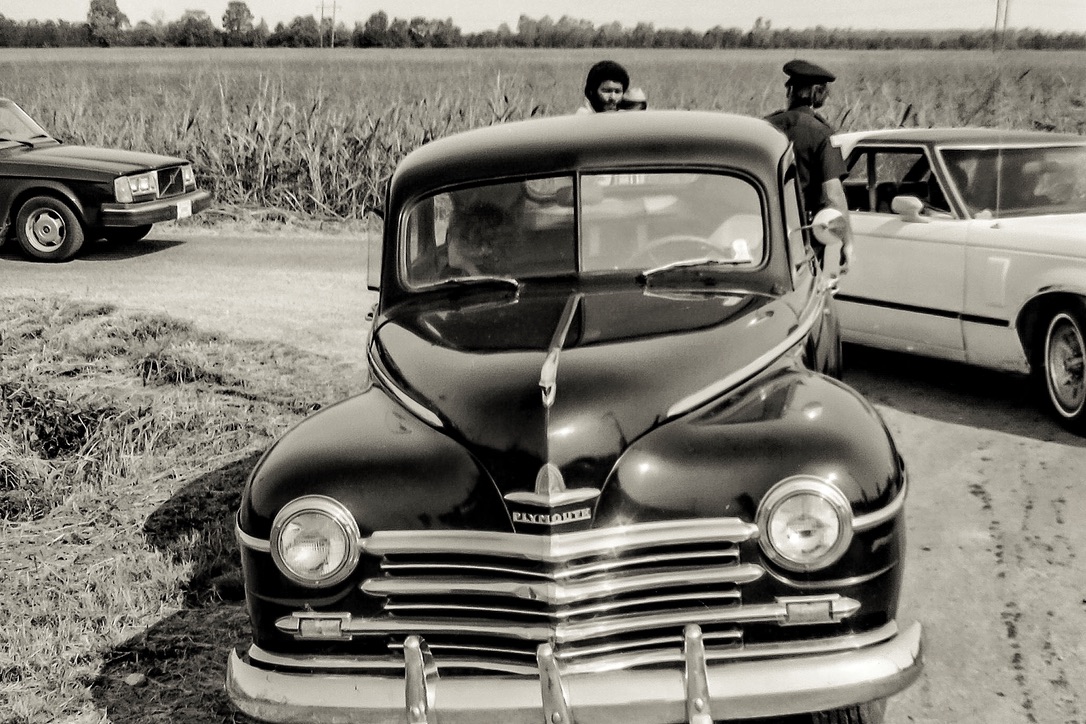 Our vehicle, a 1949 Plymouth four-door, had just been purchased from a farmer in Madison County and chugged along at a pretty good clip. On that day, at least. Our adventure with “Clementine” were only just beginning.