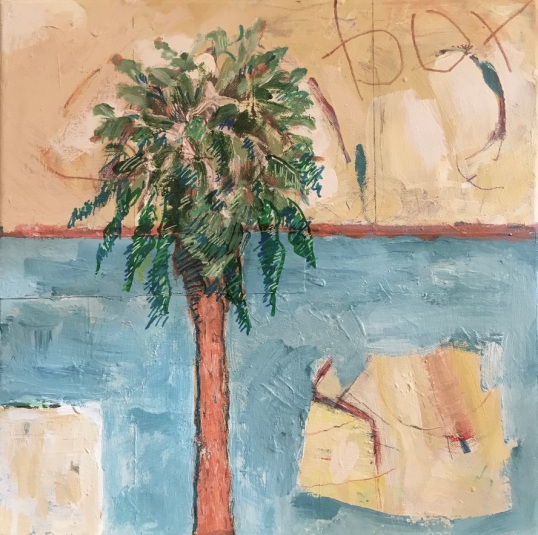 A painting inspired by the palm at the ruins of Selenunte, Sicily.

I worked on this painting for a long time and it went through numerous stages until I finally surrendered and let it be. The mixture of textures and materials evolved into the two boxy shapes at the bottom, one which is like a map, the other like the diagram of an ancient walled city.

The palm image turns up often in my drawings and paintings, perhaps because I’ve always lived where palms were prominent in my surroundings or on nearby coastlines when I lived inland. Barcelona is one of my favorite cities, partly because there are palms everywhere. There are even a few here in St. Paul de Fenouillet, because of the salubrious weather from the sea which is nearly visible on clear days.