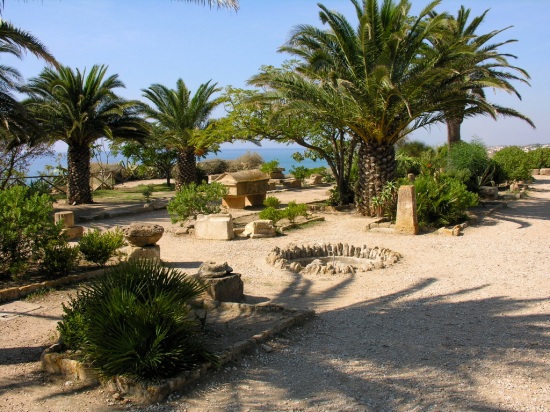 Three more images from the ancient city of Selinunte on the western coast of Sicily, taken in 2007. Above is another scene in the area which apparently was the cemetery. A sarcophagus is on display, but there was no indication whether it had been recovered from the site. 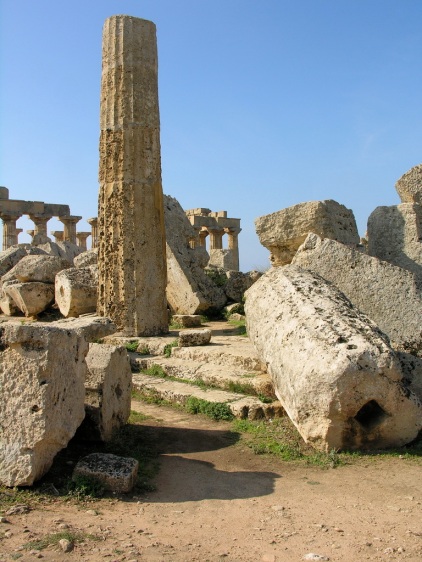 Fallen columns with restoration in the background. 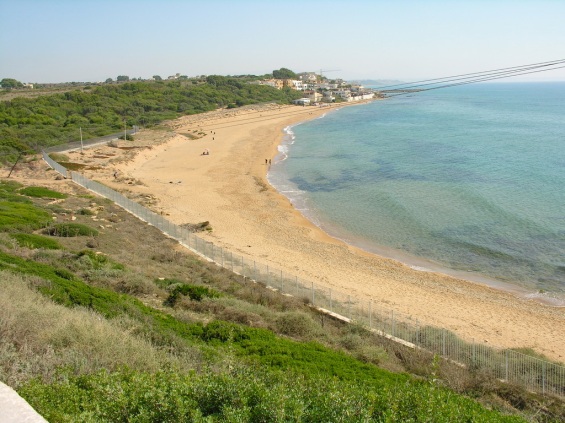 A view of the modern town of Selinunte from the ruins of the ancient city. It was a clear, warm October morning, so we would have taken a walk on the beach if we could have found access, but that’s another story.